Eagle hunters have been a symbolic image of Mongolia for decades.

The nomadic clans of the Kazakh people – the largest ethnic minority in Mongolia, are behind the tradition of hunting with eagles. These nomadic clans capture golden eagles about 4-5 years in age, from the peaks of Altai mountains and train them to hunt. The eagle-hunters treat the domesticated eagles like their family and even feed them with their hands.

The training process of an eagle takes a lot of preparation, perseverance and time. The eagle-hunters have to treat them with respect and care or else the eagle may get frightened and fly away. It is common for a hunter to sing or talk to the bird so that it memorizes the hunter’s voice and creates a strong emotional bond between them.

Once the training is complete, the eagle-hunter takes the eagle with him on a hunt to a high mountain, from where the eagle can scan animals below. Once the eagle spots its prey, the hunter lets it go and catch the prey. The golden eagles are fierce hunters and can even hunt animals that are bigger than them in size – like foxes and wolves.

The hunters treat their eagles like a family member, but after using their services for about ten years, the eagles are released to live out its last years in the wild. It is quite an emotional moment for the hunter and sometimes he has to hide or wait for nightfall to stop the eagle from following him.

The golden eagle festival is organized in the first weekend of October in the Bayan-Ulgii province of Mongolia. In this festival, hunters show off the skills of their eagles as well as their own hunting techniques. The festival is held by the Mongolian Eagle Hunters Association and it starts with an opening ceremony, followed by a parade and various cultural exhibitions and demonstrations.

Hunters and their eagles compete for various titles like “the best eagle and owner”, “best eagle at hunting” and “the best eagle at locating its owner from a distance”. Apart from that, the festival also includes other sporting activities like horse racing, archery and Bushkashi – a tug of war competition on horseback. 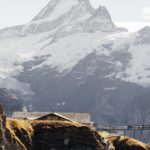